Castlerigg, Music of the Stones
etching with watercolour

The neolithic stone circle at Castlerigg in the Lake District of England is the source for several musical pieces. including Magma, The Stones, Four Stones. Relative heights of stones give pitches with their spacing defining the duration. The lower section of the etching shows the individual stones' pitches in an inverted V formation. It is a piece for 39 voices (39 stones)each one entering in turn and sustained until the ehtire circle is humming. With the pitches dropped to the lowest octaves it becomes a deep rumble. This was performed in 1991 on the organ at San Francisco's Grace Cathedral as part of the dance performance entitled "Anima Mundi".

Djerassi Rock
mixed media
Composition derived from a rock found on the land at the Djerassi Foundation, Woodside, California.
The work involved measuring the volumes of the ancient cup marks on the huge rock and transposing these values as musical notation. 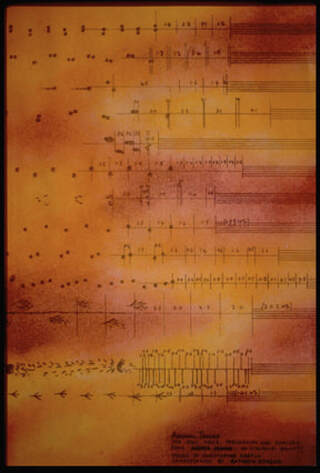 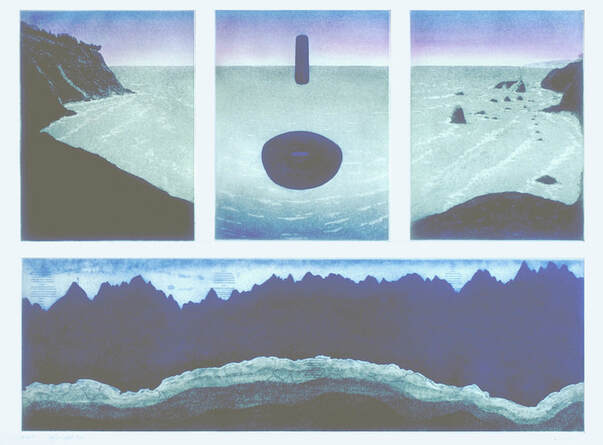 The lower plate is the visual source for the musical score based on the lines of the map. It includes 23 miles of Big Sur coastline and the vertical profile of the mountains along the coast.
The upper three plates show views to north and south from cliffs overlooking the Pacific Ocean at Esalen Hot Springs with a native American mortar and pestle in the center. 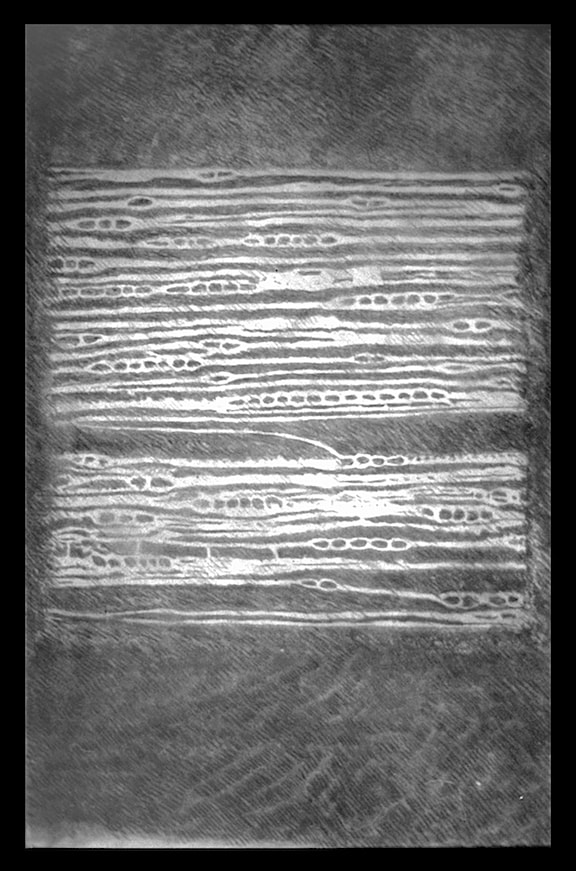 The pattern of cells of a redwood tree root provides the source for Root, a complex percussion score. 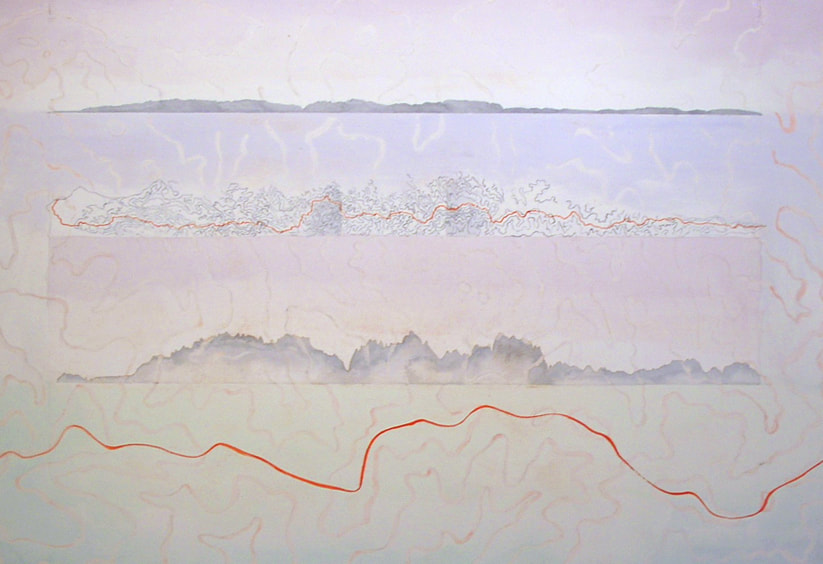 Peninsula Li
watercolour
The profile and contour map of the Inverness Ridge on Point Reyes Peninsular is the source for the composition. The profile of the ridge gives the rise and fall of pitches.