other projects to be added 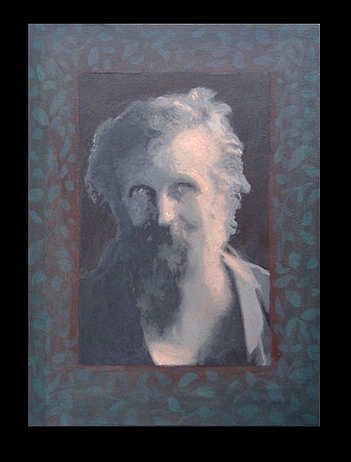 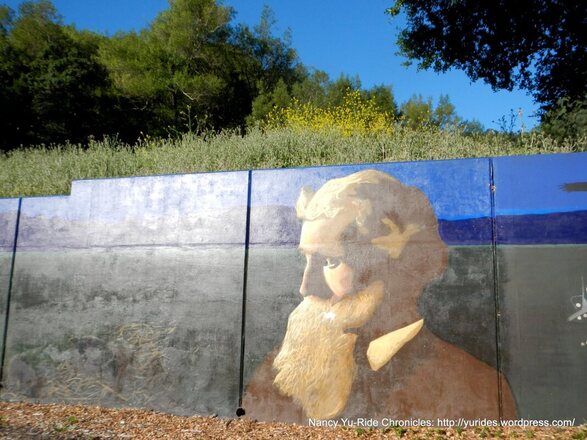 Portrait of John Muir from the mural on Alhambra Avenue, Martinez, California

John Muir Welcomes the Returning Animals
The first mural created with New Leaf Academy students in Martinez was completed in 2009. It is entitled John Muir Welcomes the Returning Animals. It is on a 100 foot long retaining wall and includes a parade of animals, mostly endangered species, that run headlong toward the image of John Muir who looks towards them from beside Martinez waterfront on Carquinez Strait.

The second mural was created in 2011-2013 by Christopher Castle with the New Leaf Academy students. It is located on Franklin Canyon Road, Martinez, at the John Muir House Historic Site, The design is a 180 foot long series of panels that include maps and landscapes tracing Muir's life from Dunbar in Scotland to Wisconsin, North America, then California and Yosemite. State flowers mark the various areas as flights of birds converge on the entrance to the tunnel under the freeway.

Here is a link to see the Journey to Martinez mural close up
http://johnmuirjourneymural.weebly.com/ 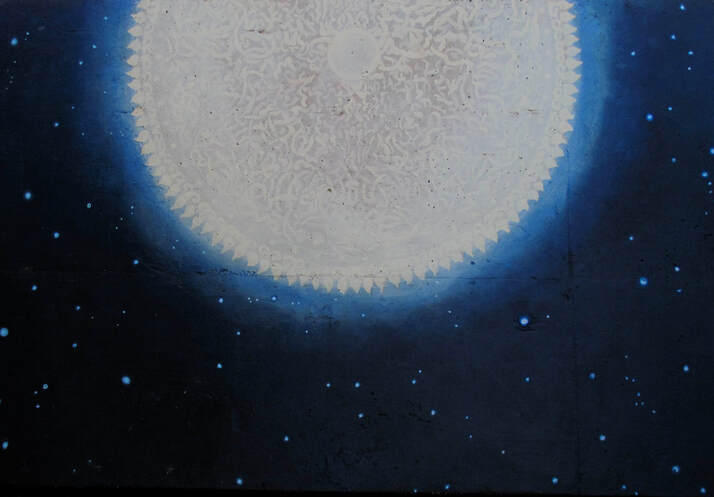 Water in Richmond
The NIAD Map 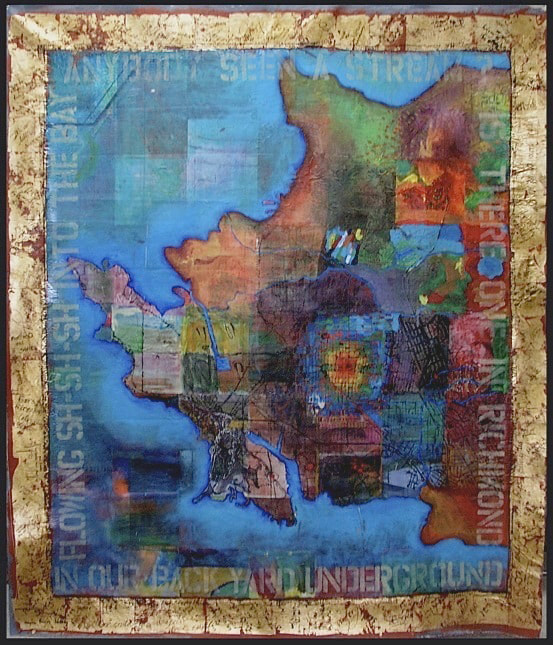 Mapping the Soul of the City - Water in Richmond is a montage of 56 monotype prints made by clients at the National Institute of Art and Disabilities (NIAD) in Richmond, California. Guided by Christopher Castle with staff of NIAD the artists improvised their prints with separate sections of the map, then these were assembled on canvas to form the full map of the Richmond peninsular that projects into San Francisco Bay. Additional painting and the gilded border and text completed the wall hanging. 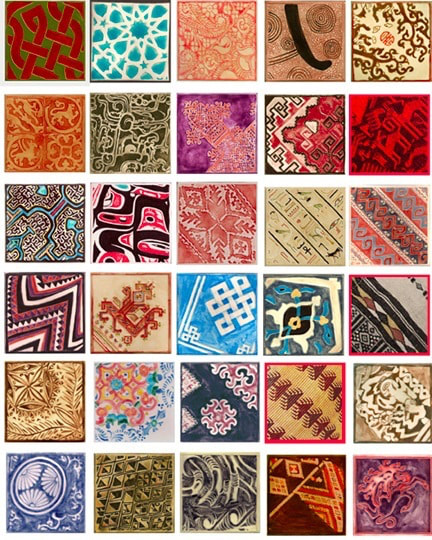